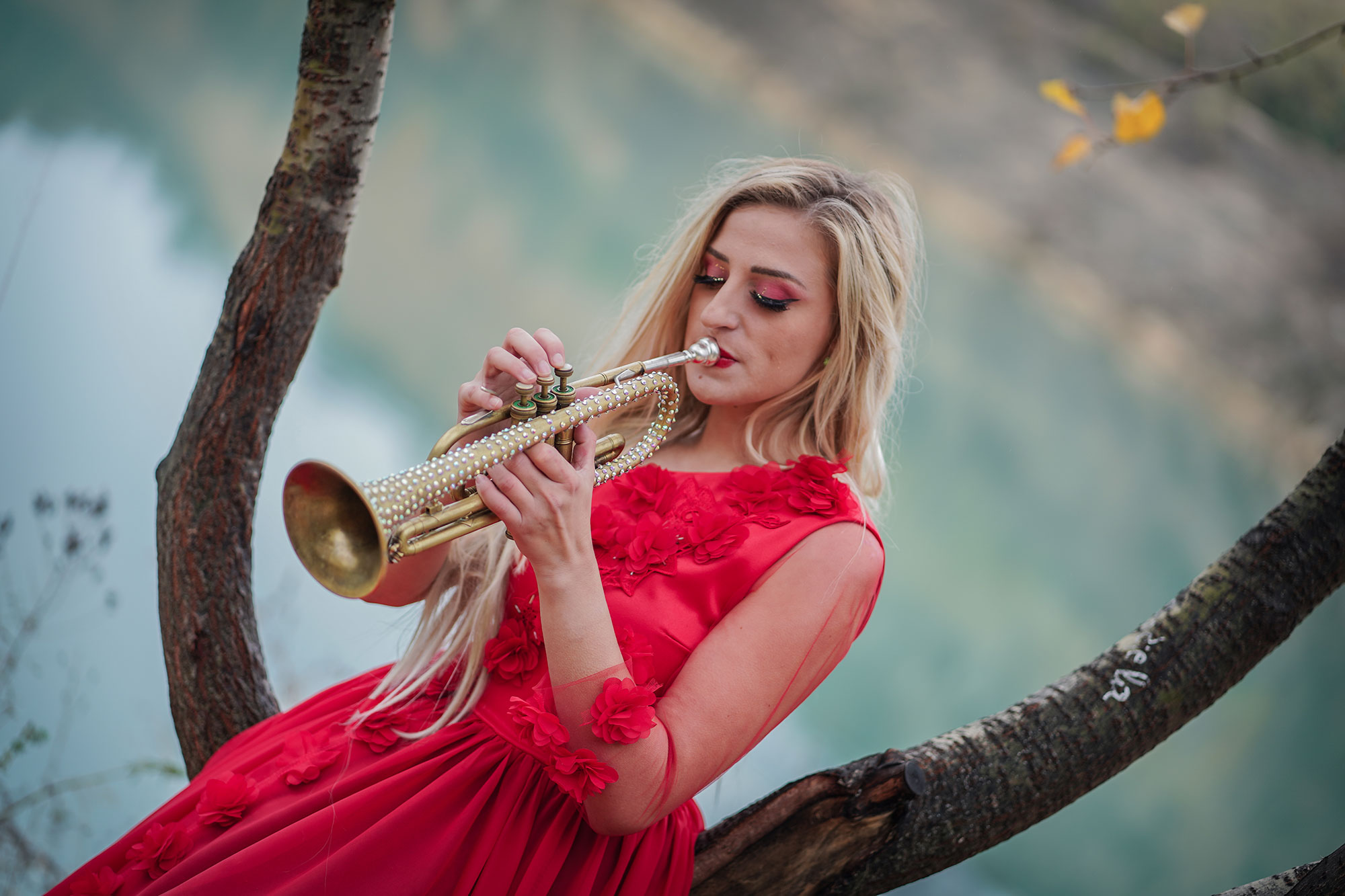 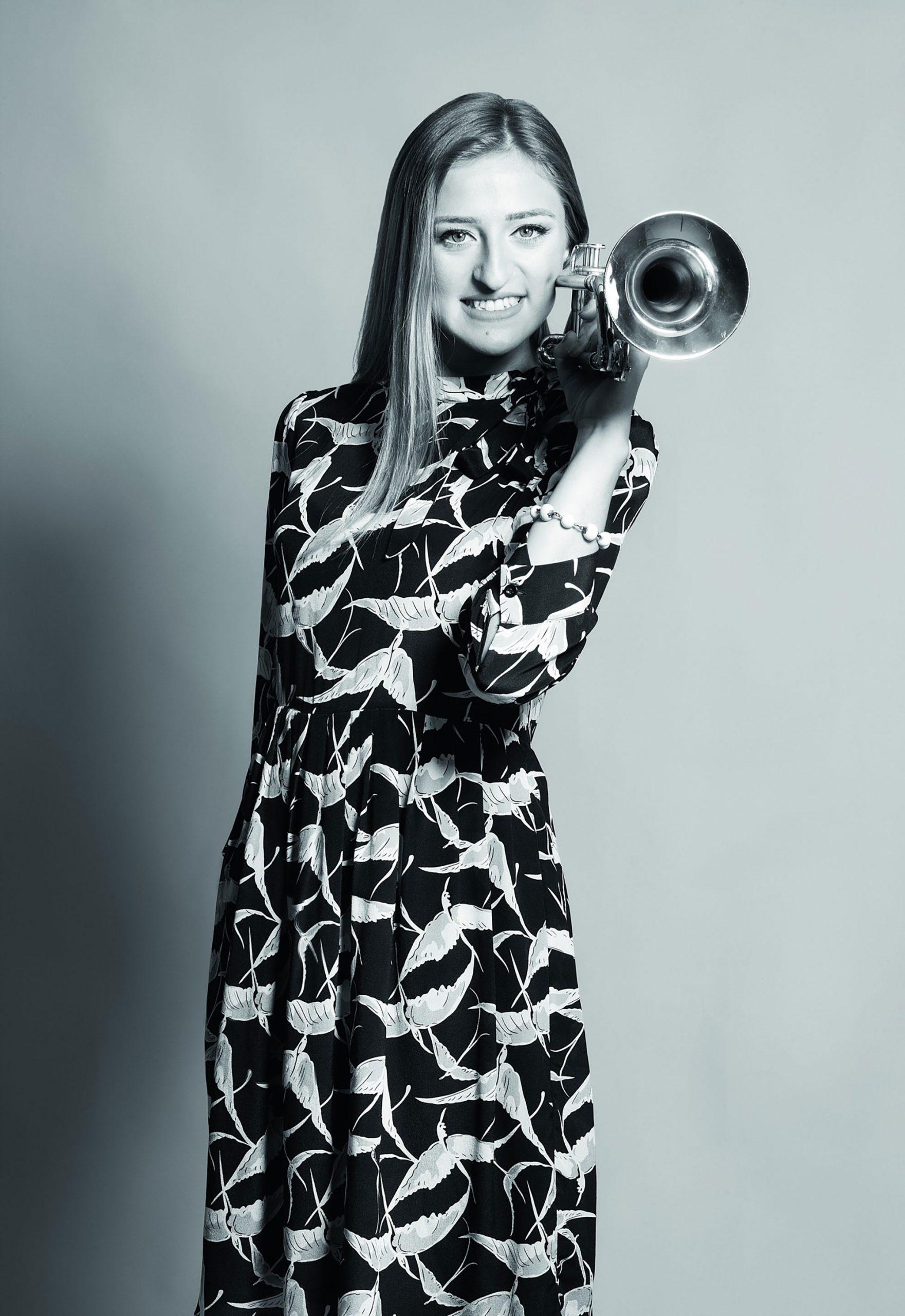 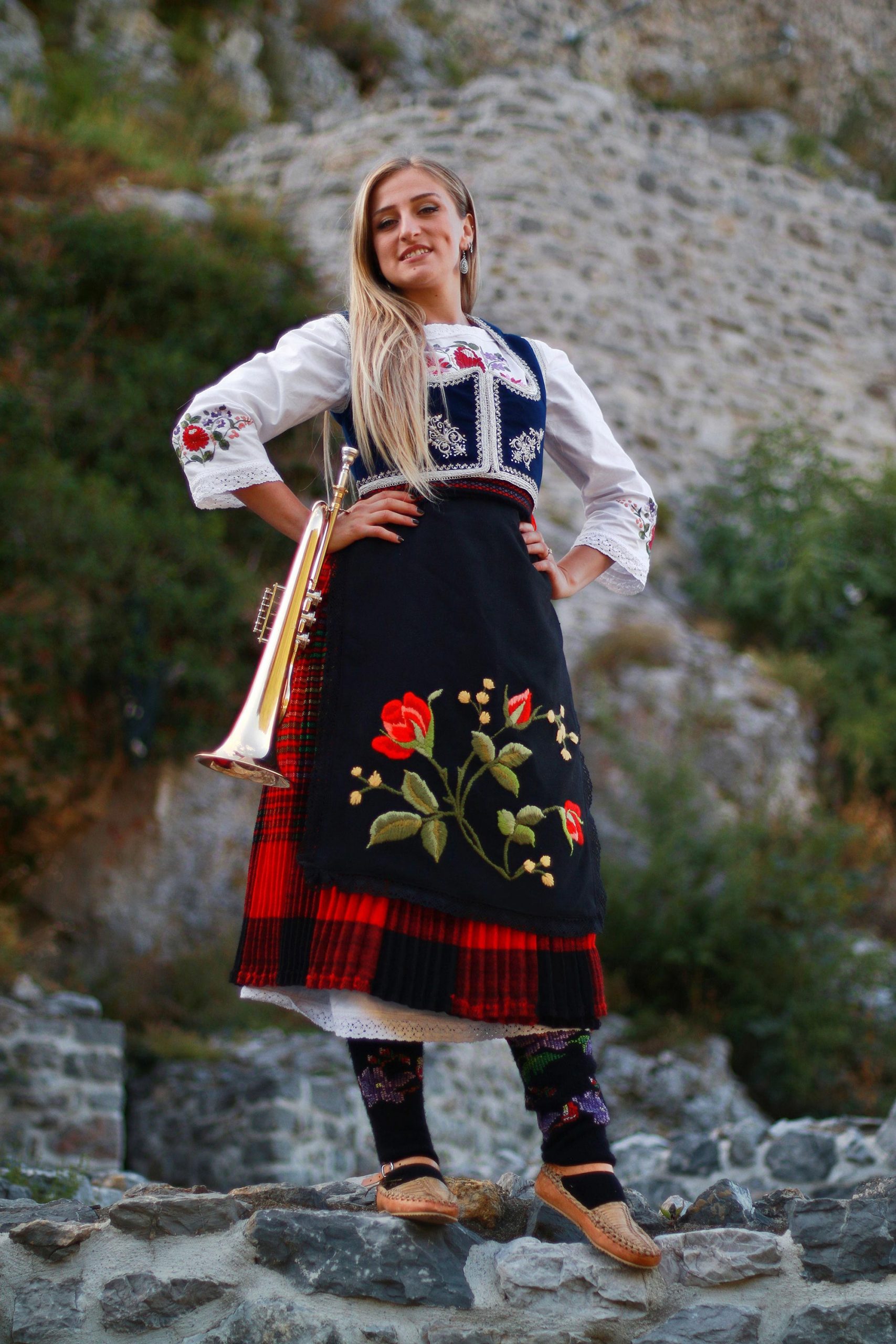 Danijela Veselinović born in 05.08.1993 in Arilje, Serbia. Finished music high school for trumpet “Stevan Stojavnovic Mokranjac” in Kraljevo. Majored classical trumpet in the class of Prof. Nenad Markovic Academy of Arts in 2017 in Novi Sad. Finished her Master’s Degree in the class of Nikola Mijajlovic in 2020 in Belgrade.

At the age of 9, she formed a brass band  “Orkestar Danijela” with her brothers, which is the first official brass band with a female leader in the Balkans.This band has been performing throughout Serbia and abroad on numerous festivals, brass competitions, ceremonial openings, charity events and many other manifestations. In addition to classical, jazz and gypsy music, her focus is Serbian traditional and Balkan music.